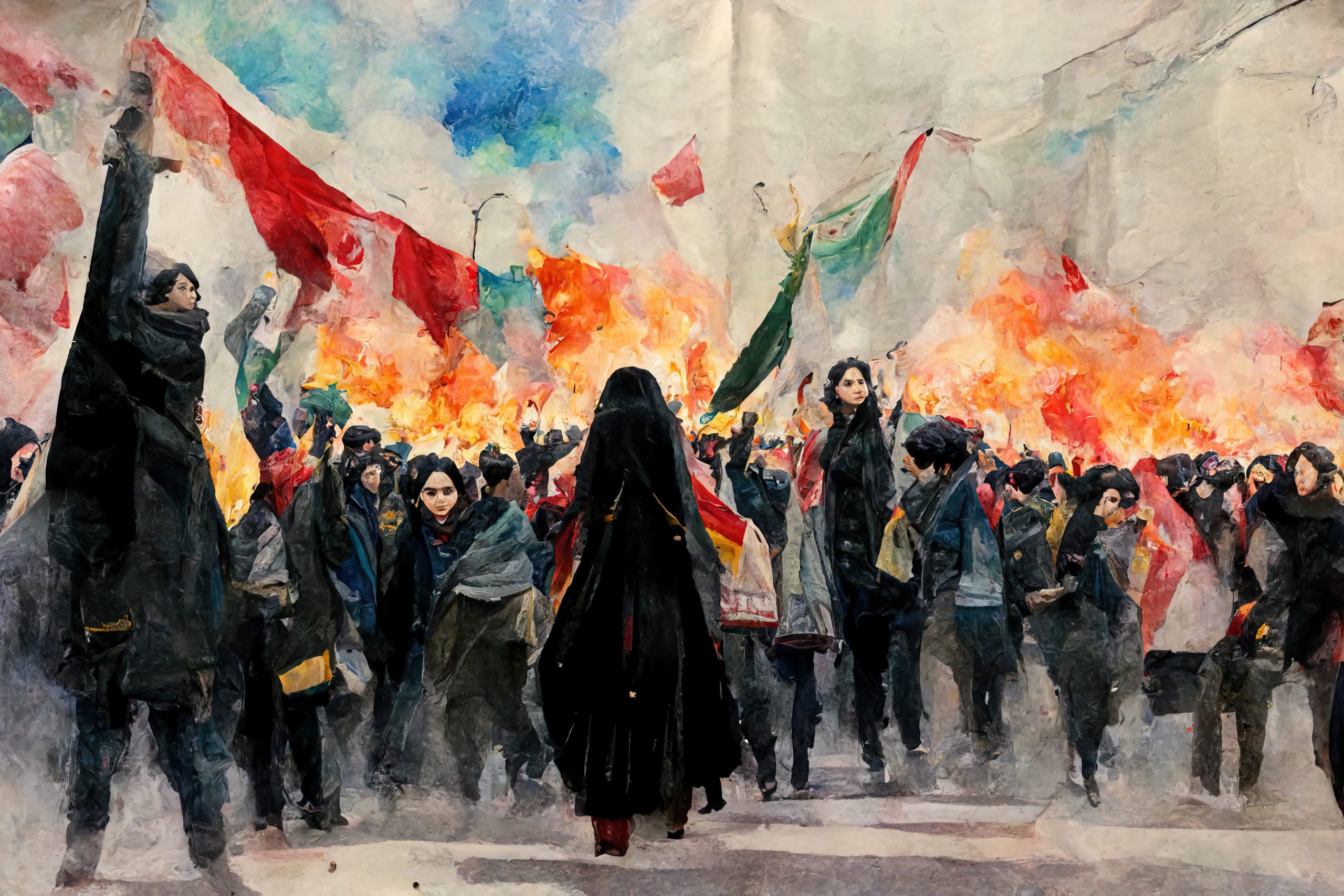 Now more than ever, Iran needs your prayers. Protests have swept the country since the death of 22-year-old Mahsa Amini in police custody on September 16th.

As events are unfolding, let’s not forget to spend some time in prayer for Iranian women, especially Christians, who are suffering under a brutal regime. Below are five ways you can pray for Iran in the midst of its protests:

1. Pray for the Iranian women, girls, Christians, and all who are protesting Iran’s government.

The young woman was arrested by Iran’s morality police for allegedly wearing her headscarf incorrectly. Eyewitnesses reported seeing Amini being beaten inside a police van. Later, at the hospital, Amini was pronounced dead.

The protests broke out on September 17th at Amini’s funeral. Across the country, Iranian women have refused to follow the state’s compulsory modesty laws, cut their hair in solidarity with Amini, and burned their veils. In the 40 days of demonstrations since Mahsa Amini’s death, at least 234 people have been killed and thousands arrested, according to Iran Human Rights. The NGO also noted that there have been widespread reports of the mistreatment of detainees and heavy charges. There have also been numerous reports of police firing at protestors.

Regardless of religion, all women must abide by Iran’s compulsory hijab laws. Iranian Christians have voiced support for the protests — with over 300 signing a statement of support at the end of September.

Pray for the safety of the women, girls, Christians, and all who are protesting or have voiced their support. Iran’s government will no doubt seek retaliation.

2. Pray for Christians who have converted from Islam.

In Iran, Christians who have converted from Islam are targeted by the state. Iranian authorities frequently surveil and raid the house churches where converts from Islam to Christianity attend. In these raids, pastors and church members are often arrested and imprisoned, often on charges of threatening national security or promoting Christianity. Many converts to Christianity may also be cut off from their families if they are discovered.

Pray particularly for Iranian Christians who have converted from Islam and have been ostracized from their families and communities — that they would receive the words to confidently give an account for the hope that they have. Pray also that as the protests continue, persecution against Iranian Christian converts would not escalate or worsen, that in fact, the protests would be a bridge-building opportunity between Christianity and Islam.

3. Pray for Christians who are imprisoned for their faith.

In the midst of the protests, a wing of Evin Prison in Tehran caught fire, and Christians held in the adjacent ward worked late into the night to keep the blaze from spreading, Article 18 reported. Christians in Iran are often at risk of imprisonment for their faith in Jesus. According to Article 18, there are now at least 10 Christian prisoners of conscience in Iran’s notorious Evin Prison and many more at various prisons throughout the country. Many are also converts to Christianity.

Pray that Christians who are unjustly imprisoned because of their faith would be a witness to those around them. Pray especially for those who are undergoing inhumane treatment and abuse in prison, we ask God to give them peace and quiet confidence. Pray also that, if it is in God’s will, they would be freed.

Additionally, give thanks — two Christians have been released in the past week. Nasser Navard Gol-Tapeh was freed on October 17th — the day after the Evin Prison fire where he was held — after nearly five years behind bars. He was sentenced to 10 years in prison for being a convert and attending a house church.

Fariba Dalir was released from Evin Prison the next day on October 18th. She had been imprisoned since Easter Saturday and spent at least one month locked in solitary confinement, according to Article 18.

4. Pray for the Iranian regime.

Jesus commands us in Matthew 5 to pray for those who persecute us, so in the midst of reading about the protests and praying for freedom to come to Iran, we must not forget to follow Jesus’ commandment and include the members of Iran’s government in our prayers. As we’re shown through Paul’s conversion in Acts 9, Christ can turn the heart of even the most hate-fueled persecutor.

Pray for the hearts of the individuals within Iran’s government, that they would encounter the transformative light of Christ and come to repentance.

5. Pray over the outcome of the protests and for religious freedom to come to Iran.

In the midst of the political turmoil caused by these unprecedented protests, anything could happen. These protests have real potential to create change, both for good and for bad. For instance, if the Iranian regime fell, a more democratic and free government could take its place or a government led by a more extreme form of radical Islam could rise.

Pray that the violence of the protests does not escalate. Pray that instead of being dominated by hatred and darkness, Iran would instead become a beacon of freedom for women and religions.

Close out your time with the Lord’s Prayer:

Our Father in heaven,

hallowed be your name,

your will be done,

on earth as it is in heaven.

Give us today our daily bread.

And forgive us our debts,

as we also have forgiven our debtors.

And lead us not into temptation,

but deliver us from the evil one.

Thank you for praying with us. If you would like to continue praying for the Persecuted Church, check out our 5 Ways To Pray For Persecuted Christians.