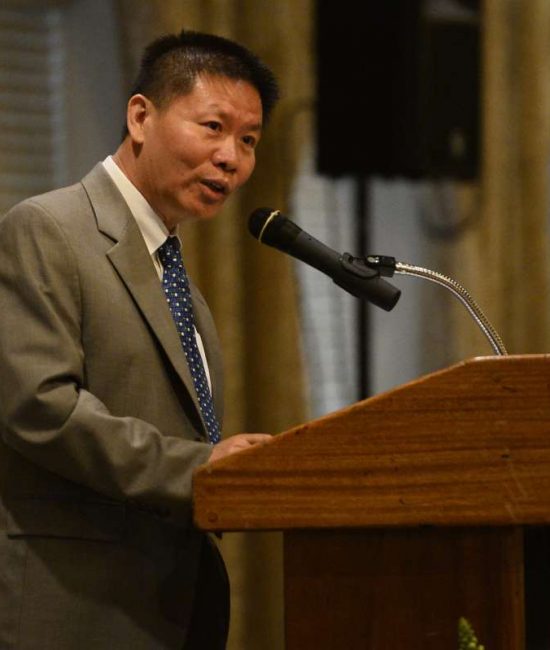 Bob Fu, the Founder and President of ChinaAid and author of God’s Double Agent, is scheduled to be a keynote speaker at the 2021 March for the Martyrs in Washington, D.C.

Before founding ChinaAid, Bob Fu was a student leader during the 1989 Tiananmen Square demonstrations and later converted to Christianity. During the evenings, Fu pastored a house church in Beijing and by day, taught English to Communist Party officials. In 1996, Fu and his wife, Heidi, were arrested by the Chinese Communist Party for “illegal evangelism” and spent two months in prison. Once released, they fled to the United States.

Fu started ChinaAid in 2002 hoping to help other Christians who are experiencing persecution and have been imprisoned by the Chinese government. “By exposing the abuses, encouraging the abused, and spiritually and legally equipping the leaders to defend their faith and freedom, ChinaAid strives to promote religious freedom for all,” says their mission statement.

“How can I visit my brothers and sisters in prison when I’m a refugee in the United States?” Bob Fu said in a podcast interview with Hank Hanegraaff. “That’s how I started this organization—basically saying, ‘well at least I can be a voice for those voiceless brothers and sisters.’”

ChinaAid provides petitions and runs campaigns that advocate for individual Christians currently imprisoned in China. Additionally, they make it possible for Christians around the world to write and mail letters of encouragement to their Chinese brothers and sisters in Christ

Fu has testified about China’s violations of religious freedom before the Congressional Tom Lantos Human Rights Commission, the House Foreign Affairs Committee, the U.S. Commission on International Religious Freedom, and more. He also regularly briefs the State Department and Members of Congress on Chinese law and the state of religious freedom.