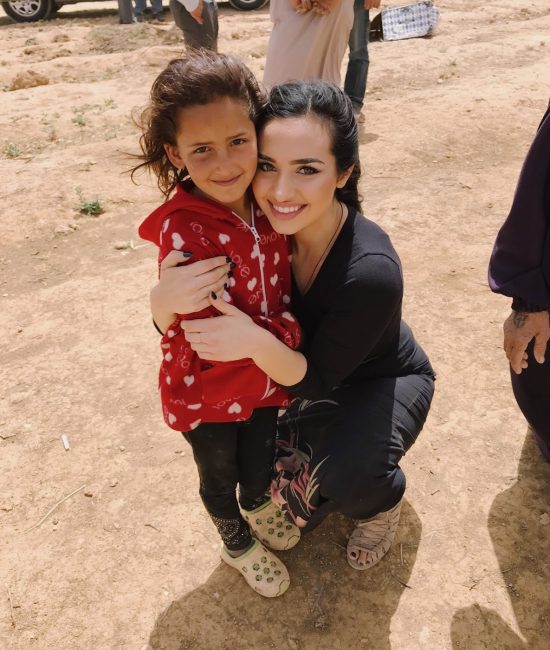 Gia Chacón, the founder and President of For the Martyrs, will be a keynote speaker at the 2021 March for the Martyrs in Washington, D.C.

Chacón was first exposed to the realities of Christian persecution after encountering the bold faith of Christians throughout the Middle East who daily faced social exclusion and the possibility of being killed for their faith in Christ. She was particularly impacted by the conviction of Christians she met in Egypt.

Egypt is a majority Islamic nation and according to the Office of International Religious Freedom, Christians are estimated to be 10% of Egypt’s religious population. The Egyptian government requires churches to register with the government while restricting Christians from building new places of worship. Extremists often attack Christians in their churches, villages, and homes.

“People my age and even younger were willing to lay down their lives for Christ and risk everything for the Gospel, and that impacted me so deeply,” Chacón said in an interview with the Christian Post. “So actually, while in Egypt, I made the decision to give my life totally over to the service of Christ.”

Chacón hopes March for the Martyrs will, regardless of denomination, unite the Body of Christ around the issue of Christian persecution:

“It is important that we as the church in America are using our platforms, our freedoms, our voices, to not only know that our brothers and sisters are suffering, but we have an obligation to speak on behalf of them and be our voice,” said Chacón.

With the 2021 March for the Martyrs just one week away, there is still time to register at https://forthemartyrs.com/register/

If you’re unable to march with us in person, you can still register to join us online! You can also stand with persecuted Christians by making March for the Martyrs possible.