China’s Xinjiang province is where the Chinese Communist Party (CCP) has forced Uyghurs and other minorities into internment camps and subjected them to forced sterilizations, “re-education,” and slave labor. Many of the factories in the Xinjiang province used by major corporations, such as Nike and Apple, have connections to Uyghur slave labor.

Florida Senator Marco Rubio and Massachusetts Representative Jim McGovern introduced the Uyghur Forced Labor Prevention Act (UFLPA) into Congress in 2020 as a bipartisan effort to tackle one of China’s biggest human rights abuses. Since 2020 the bill has been killed, reintroduced, unanimously passed in the Senate but stalled in the House. The UFLPA has received a good deal of bipartisan support, however not everyone is as onboard as it seems.

Officials in the Biden administration have reportedly requested to soften the bill’s language so as not to endanger potential climate deals with China. Various corporations, including Nike, Apple and Coca-Cola, have lobbied against the UFLPA, killing it in September 2020.

In response Sen. Rubio pointed out that the UFLPA had already unanimously passed the Senate. He added that the amendment shouldn’t be controversial unless Schumer and Democrats were protecting companies that “benefit from factories that use slave labor.”

A week later the House stopped stalling and passed its own version of the bill 428-1. If signed into law, the Uyghur Forced Labor Prevention Act will push companies to change their financial relationships with China and pressure the CCP to stop abusing the human rights of Uyghurs, Christians, Falun Gong and others.

“I don’t think any American wants to buy anything that was produced by people being forced to do something in internment camps,” said Rep. Mcgovern, according to NPR. “We like to say ‘never again’ when we talk about genocide, and here it’s happening. And those who oppose the bill are basically saying we need to look the other way. But that’s not right. We have a moral obligation to change the status quo.”

According to Newsweek, the House’s version of the bill now moves to the Senate where it needs 60 votes to pass to President Biden.

Update December 27, 2021: The Senate unanimously passed the UFLPA on December 16th, and the bill was signed into law by President Biden on December 23rd.

Image: “Bound and blindfolded inmates, likely Uighurs, being transferred at a train station in Xinjiang in 2018. Photograph: War on Fear”

Acquired from an article by the Guardian titled “China’s treatment of Uighurs amounts to torture, says Dominic Raab.” 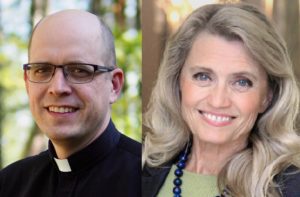 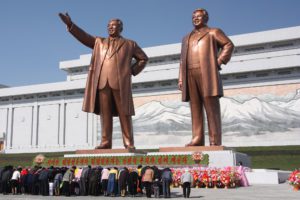