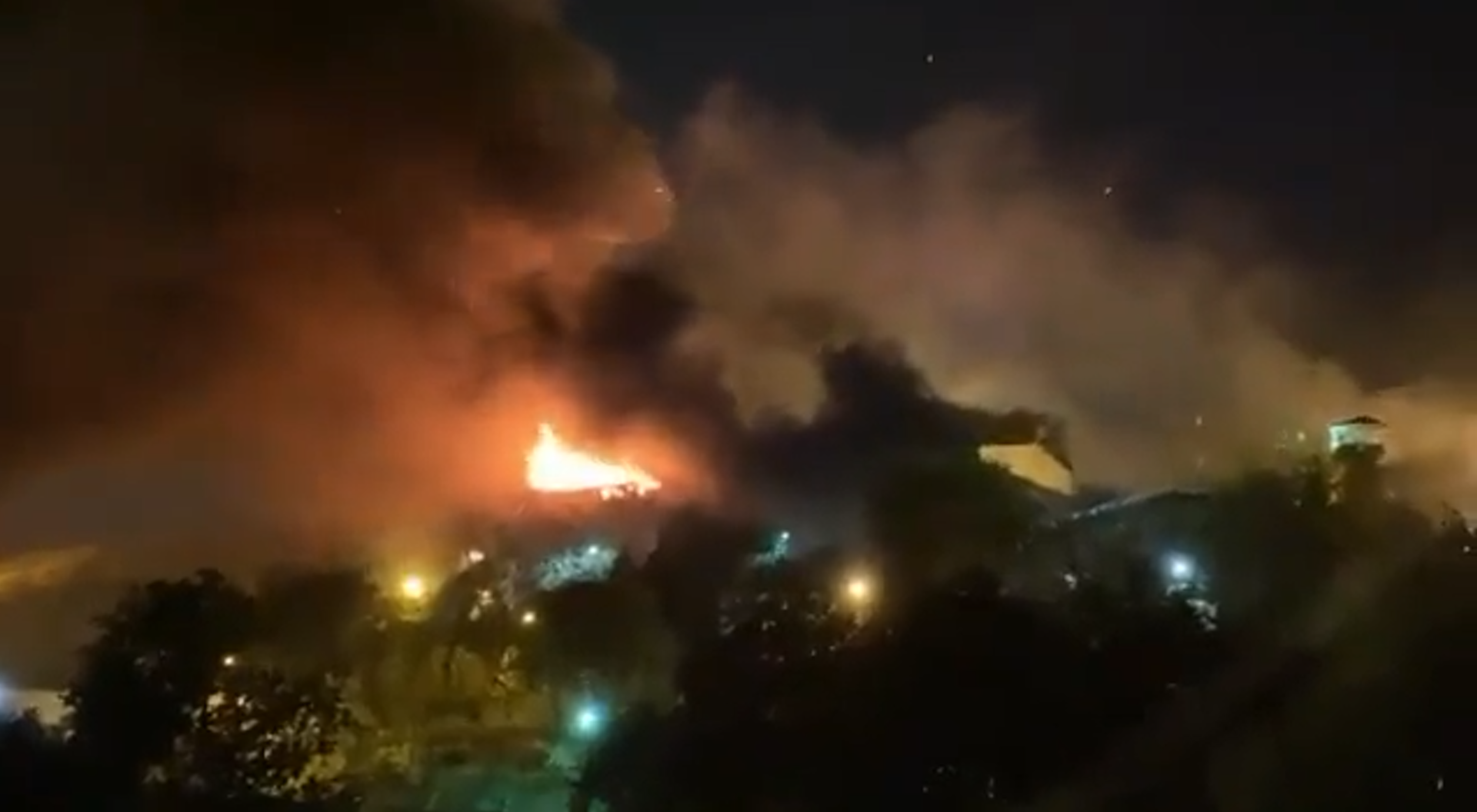 A fire Saturday night at Iran’s Evin Prison in Tehran killed at least eight people and injured 61, according to authorities, though many more are believed to have been killed or injured in the fire.

Videos circulated on social media show a wing of the prison engulfed in flames, now reported as being Ward 7 of the facility. What exactly happened, what started the fire and if it was connected to the ongoing Mahsa Amini protests, remains unclear. However, in several videos of the prison fire, gunshots and cries of “death to the dictator,” a common phrase repeated by protestors, can be heard.

The fire comes after four weeks of protests over the death of 22-year-old Mahsa Amini. The young woman was arrested by Iran’s morality police for allegedly wearing her headscarf incorrectly. Eyewitnesses say she was beaten inside a police van and died while in police custody. Women in Iran have risen up against compulsory hijab laws and the Islamic Republic in protests across the nation. Since the protests began on September 17th, at least 215 have died and many others arrested, per reports by Iran Human Rights, an NGO.

Evin Prison is a notorious place where Iran keeps many political prisoners, including journalists, activists, and protestors — anyone who departs from state or religious thought. Many Western countries have citizens detained in Evin. At least a dozen Iranian Christians are currently being held in Evin Prison, according to a running tally by Article 18, a nonprofit focused on supporting Christians in Iran.

A group of families of political prisoners gathered outside the prison on Sunday demanding to know the whereabouts of their relatives, The Guardian reported.

State media said the fire was started in a sewing shop following a fight between prisoners. However, the families of some of Evin’s prisoners disputed this claim, accusing the guards of starting the blaze using tear gas and pellet rounds.

One family member told The Guardian: “The resistance and protest had reached inside the Evin Prison and to crush the resistance the security officials stopped the prisoners and quarreled with them and then to cover their tracks they ignited the fire. I am pretty sure that they are killing prisoners.”

Evin is no ordinary prison. Many of Iran’s best & brightest have spent long stretches confined there, where brave women & men are denied their basic rights for speaking truth to power. The regime is responsible for what happens to those inside right now. pic.twitter.com/W1vvqzKujd

According to Article 18, none of the Christians in Evin Prison were harmed during the blaze — although they did have to fight the fire to keep it from spreading from Ward 7 into their section, Ward 8. One former Evin prisoner reported in a tweet Sunday that inmates in Ward 8 now have no food, water, or gas and that many have been reportedly transferred to an “unknown place.”

However, one Christian was released from Evin Prison in the days following the fire. Nasser Navard Gol-Tapeh was freed Monday after nearly five years behind bars, according to a report by Article 18. Arrested at an engagement party in 2016, he was serving a 10-year sentence for “acting against national security” by being part of a house church and a convert.

During his time in Evin Prison, Gol-Tapeh had requested a retrial several times and was reportedly denied. He was also reportedly denied medical care, according to USCIRF. In August of last year, Gol-Tapeh’s elderly mother released a video pleading for her son to be freed.

“He has done nothing. All he did was become a Christian!” she said.

Gol-Tapeh is now finally home and hopes to visit his mother soon, according to Article 18.

Image: Smoke and flames can be seen engulfing a wing of Iran’s Evin prison. (Photo Credit: Screenshot via Twitter).