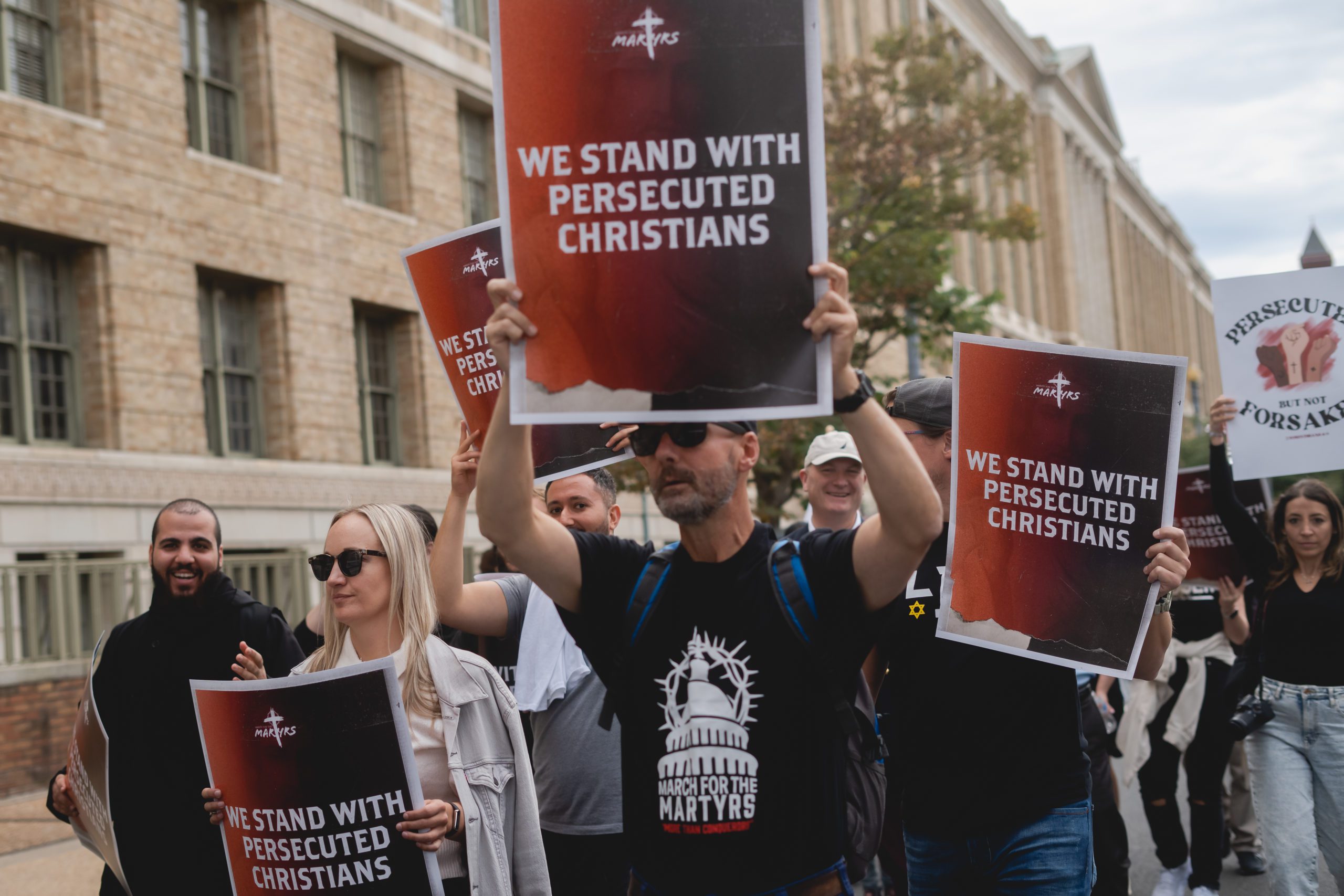 “Everyone here might not be called in your lifetime to die a martyr’s death, but you are called to live a martyr’s life,” preached Winnings, “if we want to march for the martyrs, then we must first be willing to martyr our own lives before anyone else gets the chance to do it.”

“All of the martyrs of our faith could have gotten out of it alive had they just denied their faith in Jesus, but none of them did, and that’s why they are examples for us of how to live our faith, how to be faithful to the Lord in our daily lives,” Fr. Simon Esshaki said. “They could teach us a lot about how to pick up our crosses and how to follow Christ, how to persevere to the end.”

March for the Martyrs

After the Rally’s conclusion, participants lined up to march. The crowd left the Sylvan Theater and processed down the National Mall for about a mile to the Museum of the Bible. Many participants carried flags and signs reading “We stand with persecuted Christians” and “Persecuted but not Forsaken.”

The Christian Post captured some comments from March for the Martyrs’ participants:

Ranna Salem, a Chaldean Assyrian from Michigan, told The Christan Post: “We saw some posts and our community was represented and we were just surprised to see it. Not a lot of people know about what happens to us.”

“I just hope that we can get some more attention. Because we live in America, people think that … Christianity is a privileged religion. But in the Middle East, it’s actually the exact opposite. They are the most persecuted. They are second-class citizens, looked down upon. They just go through a lot of suffering. They aren’t treated equally or fairly in the court system. There’s just a lot that could be done to improve their situation with their neighbors, and I just want more people to be aware.” 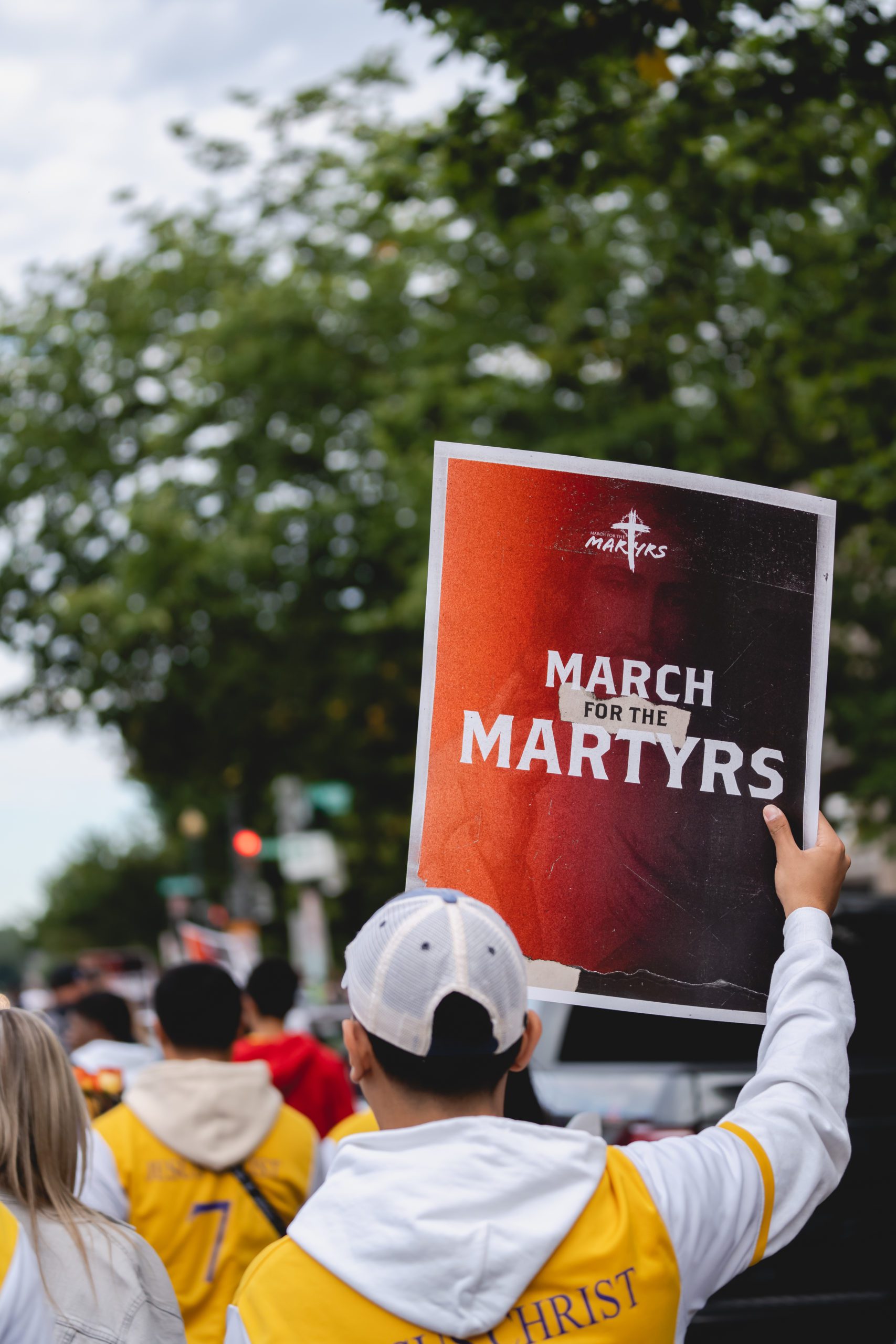 Shannon, who was born in Pakistan and moved to the United States in 2010, remarked to The Christian Post: “It’s just like really cool to be united with everyone and just to see … we all just stand for the same thing.”

The Myers family came across the Kick-Off Rally while they were exploring DC and joined in on the March, “We were here just to kind of explore, and we came up the hill, and it was closed, and then we heard the songs, and we came down, and we heard what they were doing, so we grabbed signs, and we just started marching,” 8-year old Aden Myers told The Christian Post. 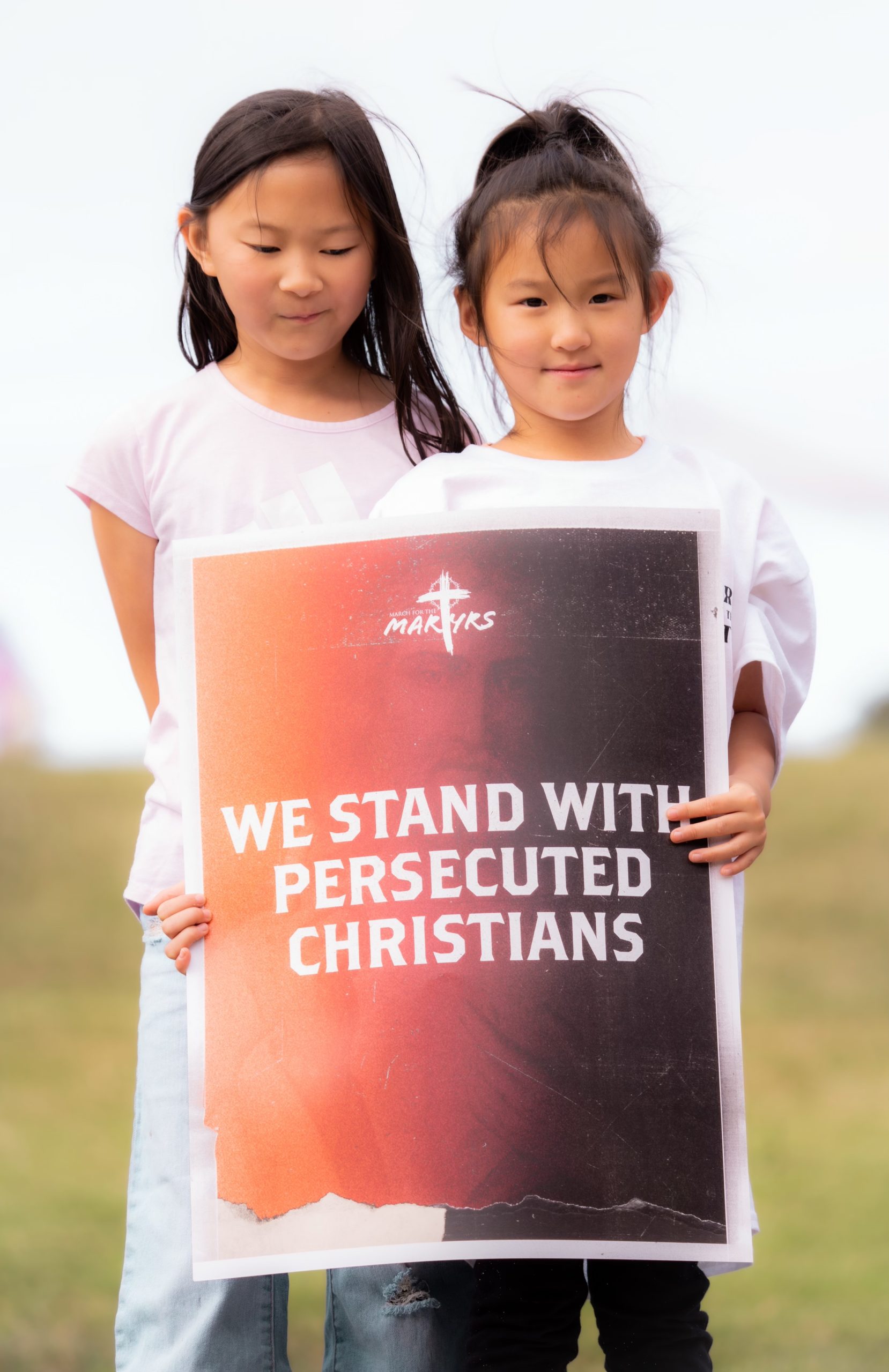 The march drew to a close at The Museum of the Bible as participants entered the World Stage Theater for our Night of Prayer for the Persecuted.

Night of Prayer for the Persecuted

The Night of Prayer for the Persecuted featured worship and a full lineup of speakers, panelists, and survivors who covered Christian persecution in China and the Middle East, as well as the Western Church’s responsibility to stand for religious freedom.

Gia Chacón opened the evening conference and set the tone for the evening:  “Christian persecution is a human rights crisis, and it should be treated with the same level of urgency as any other crisis.”

“When I sit with the brave Egyptian Christians or the survivors of ISIS in Iraq, or I hear a story of a hidden Christian in North Korea, or read a prayer request from a pastor who’s imprisoned in China who’s family hasn’t heard from them in years, I ask the question: Who will be their voice? Today, with one resounding cry, you have been their voice. You have been their advocate and together we have sent the message that Christian persecution will no longer be ignored, suffering believers are not forgotten, and the church in America will no longer sit back in silence as our brothers and sisters are targeted for their faith.”

Chacón then interviewed Dr. Curry about Open Doors’ work and the state of Christian persecution around the world. “What we want to be able to do is to tell the story, to officials, to the Body of Christ, to get the Body of Christ to pray and to care and to stand with, according to Hebrews 13, their brothers and sisters.”

Next, focusing on China, participants heard from Esther Zhang, a Christian from China who told her story of being imprisoned for her faith with her 14-month-old baby. “That time, when I lived in prison, I never [felt] so close to God. God gave me a sword in my hand to fight for Him. I’m not alone with my baby locked in here. I’m fighting for God. I used the Holy Spirit’s sword and God’s just by my side.”

Moving to the Middle East, Chacón interviewed a panel of experts on the landscape of Christian persecution in the regions where Christianity was born. The panel included Andrew Doran, who is the senior research fellow at the Philos Project, Richard Ghazal, who is the executive director of In Defense of Christians, and Fr. Simon Esshaki, a Chaldean Catholic priest.

“The story arc of Christians in the Middle East has always been one of a community trapped in the middle,” said Richard Ghazal. “We’ve always been in that relatively small minority that has been trapped between warring factions, warring peoples, never a party to any of these conflicts but certainly bearing the brunt of the effects of these conflicts.”

Following the Middle East panel, film producer and dedicated human rights activist, Jason Jones spoke on the Christian’s vocation to stand with the vulnerable: “But what is the good news? That things have changed a little bit, that there has been a kingdom set up in the midst of these oppressors, that is the Kingdom of God. That is us as Christians. So today where ever there are oppressed, they have those who will defend them, they will have those who will advocate for them.”

Ryan Helfenbein, executive director of Liberty University’s Standing For Freedom Center, discussed religious freedom in the West, specifically the United States: “The reality is that the world has faced [religious persecution] for decades, for centuries. While we, in the West, have lived the good life. … It’s time we stand up. It’s time we recognize that policy does matter. We need to preach the Word faithfully.”

Pastor Russell Johnson took the stage next and delivered a message on the West’s need to stand firm: “The Persecuted Church isn’t praying for less persecution, they are praying for the grace to endure that they may receive the crown of life. … What gives me great hope for our future is the bravery, perseverance, endurance, and stubborn refusal to give up coming from the Persecuted Church.”

Following Pastor Johnson, Chacón welcomed NBA star and human rights advocate Enes Kanter Freedom onstage for an interview about his human rights advocacy and name change: “The more I lived in America the more I witnessed the freedom. This word is so meaningful, I want to carry this everywhere I go behind my jersey so that every kid can click on it and see what freedom is about.”

Giving the final keynote of the evening was Pastor Andrew Brunson, who was a missionary in Turkey and imprisoned for two years because of his faith. Pastor Brunson spoke about his experience in Turkey and the coming persecution in the United States: “Prepare your heart to be hated, to be called evil if you remain faithful to the teaching of Jesus. It is more difficult to stand under persecution than many people think.”

The evening was closed out with worship led by John Forystek, an ecumenical prayer led by Pastor Lucas MIles and all pastors and priests involved throughout March for the Martyrs, and a moment of silence for those Christians who have lost their lives for their faith.

We are so thankful for our speakers, sponsors, volunteers, and all who participated in and made March for the Martyrs possible.

Would you consider supporting March for the Martyrs? Click here to donate now.