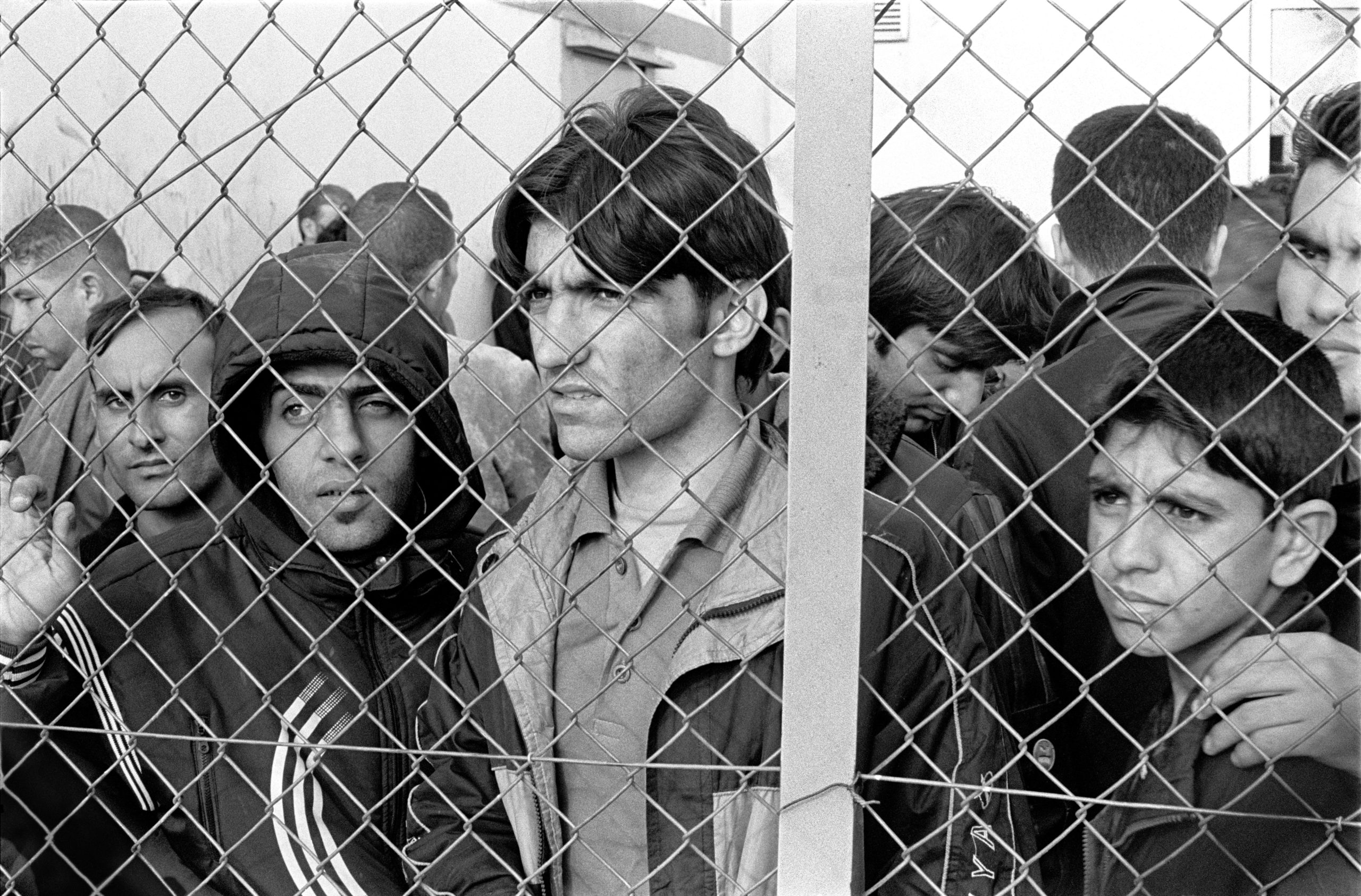 The discovery of 92 naked male migrants near the border of Greece and Turkey has led to angry disputes between the two neighboring countries.

Greek police said Saturday that officers found the naked migrants Friday near the border of Turkey and Greece, “some with bodily injuries.” The migrants mostly came from Afghanistan and Syria, according to The Associated Press. It’s not clear how or why they lost their clothing. The United Nations called for a full investigation into the distressing incident, according to the BBC.

Greece and Turkey have blamed each other for the alleged mistreatment of the migrants, trading heated remarks on social media.

Greek migration minister, Notis Mitarachi, posted a photo on Twitter allegedly showing the migrants. He then accused Turkey of the abuse, calling the incident a “shame for civilization” and called for Turkey to investigate. However, the image itself or the circumstances in which it was taken have not been verified.

These exchanges come as tensions between the two countries are already running high. Both countries have disputed over multiple issues such as borders and gas drilling in the Mediterranean. Both have accused each other of human rights abuses, pushing migrants into each other’s countries, as well as violating airspace and militarizing islands in the Aegean Sea.

Turkey’s President, Recep Tayyip Erdogan even indicated in a speech last month that Turkey may “come down suddenly one night.”

Enes Kanter Freedom, an NBA player and human rights activist who was born in Turkey, visited Greece to promote peace between the two countries. He appeared on television wearing a shirt with the flags of Turkey and Greece and read “We are family.”

“I want people to understand, Greece is not the enemy. We are family like it says on my t-shirt,” he said. “And unfortunately right now, because of Erdogan’s hate speeches, whenever Erdogan holds a rally, he attacks Greek people. What breaks my heart is so many young generations in Turkey, so many kids in Turkey, growing up anti-Greek and anti-Greece.”

“We discussed our hopes to unite Greeks and Turks as one, for we are family,” Freedom tweeted. “Let’s move forward together, striving for peace, love & bringing more good to this world.”

I’m honored and humbled to have met with Archbishop Hieronymos.

We discussed our hopes to unite the Greeks and Turks as one, for we are family.

Thank you Archbishop for your kind words. pic.twitter.com/mCn4ugi17E

Due to his activism and past criticism of Erdogan, Freedom had his passport revoked in 2017. Since then, he hasn’t been allowed to travel home or visit his family and has had at least 10 international arrest warrants put out for him.