WATCH: March for the Martyrs Interview with Rome Reports 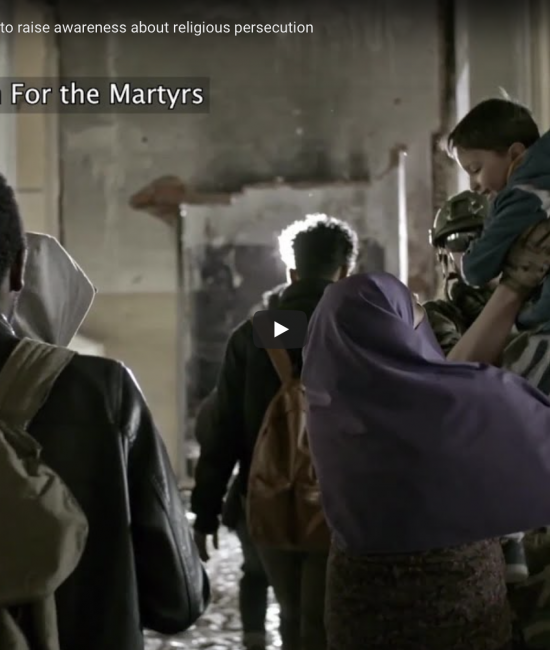 From Rome Reports: March For the Martyrs in SoCal seeks to raise awareness about religious persecution

Watch the full interview with For the Martyrs founder, Gia Chacon, here.

The number of persecuted Christians around the world continues to multiply each year. It’s a reality being taken seriously, even in perhaps unexpected places, including sunny California.

“We know that as Christians, when one member of the body of Christ suffers, we all suffer, and we have an obligation, as people of the West, to use our platform, to advocate on behalf of the voiceless and the defenseless.”

For the Martyrs is a non-profit organization that raises awareness about the growing problem of Christian persecution. Founding president Gia Chacon’s drive is fueled in part by her firsthand experiences in the Middle East, where she had the invaluable opportunity to meet some of the people for which she advocates.

“One of the experiences that I carry with me throughout my work is when I had the opportunity to sit down with an Iraqi refugee girl, who was just about 20 years old, living in Jordan. When she was living in Iraq, ISIS came into her home, Islamic militant extremists came into her home and threatened her whole family to convert, [or] they were going to be killed, or they had to leave. ISIS actually kidnapped the sister and killed the brother in front of the whole entire family. Despite this horrible, horrific tragedy, the family refused to deny Christ, and they fled everything they knew to live in Jordan as refugees.”

For the first time this fall, the For the Martyrs and its partners are organizing a march in support of all the persecuted.

“We’re expecting hundreds to participate in the March For the Martyrs, on Sept. 5, in Long Beach, California, where we’re going to be marching through downtown Long Beach, standing in solidarity with the persecuted Christians, and concluding the march with a night of prayer for the persecuted and conference, at the Westin Long Beach.”

March For the Martyrs is an attempt to raise awareness about the suffering endured by persecuted populations around the world. It’s a collaborative effort by Christian, Muslim and Jewish leaders, to overcome what Gia calls their common enemy: extremism.